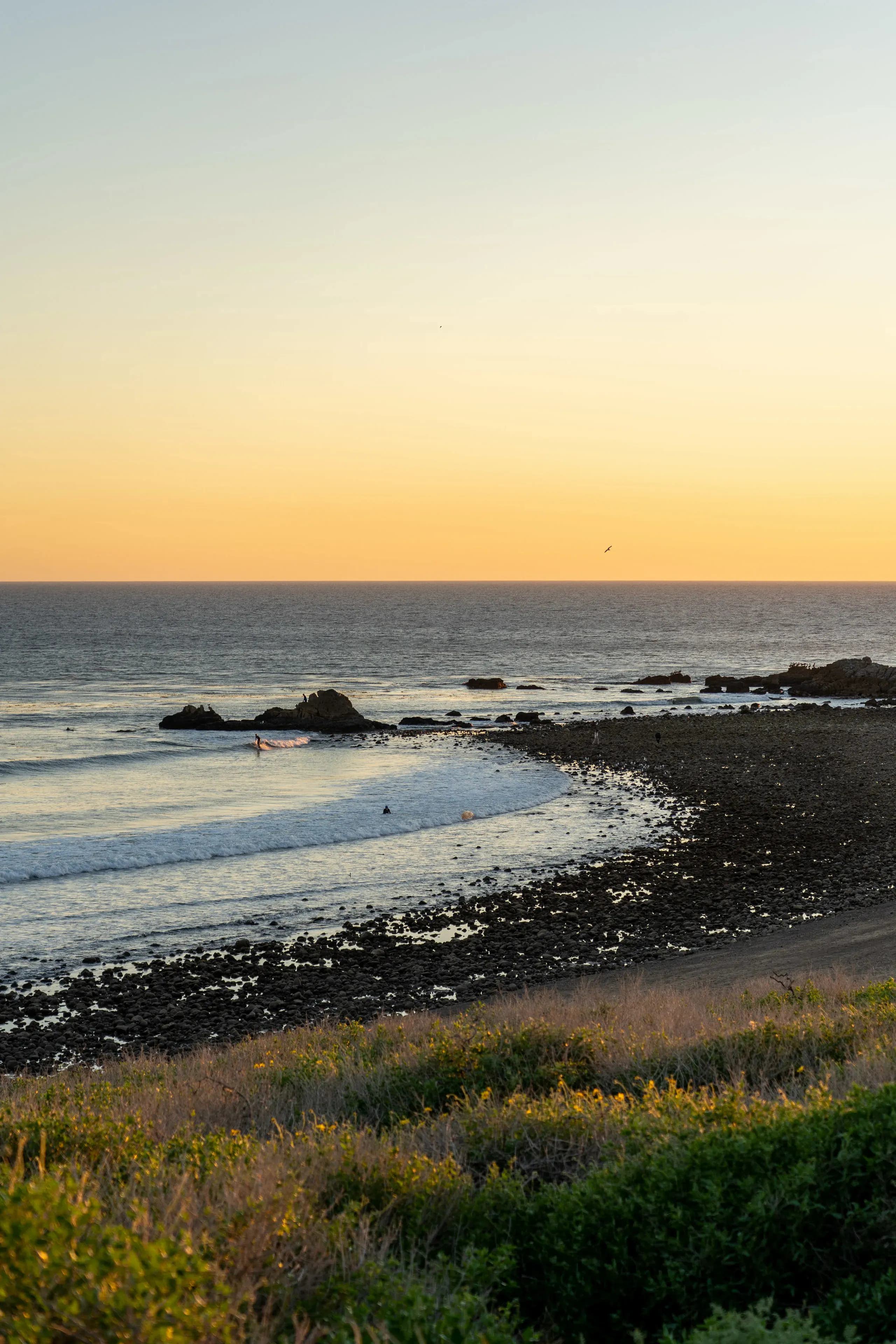 California has consistent swell year-round. The water is warm during summer and the swells come from the south. These swells tend to be better at points like Malibu and a couple of others in the area. It's good to bring a spring suit or 3/2 for summertime from May to September.

In the winter, the water is colder, so bring a good 3/2 or 4/3 suit to be safe. This is the season when swells tend to be bigger and more powerful, but we can find different spots and conditions for all levels. This is the time to visit if you're looking for barreling surf. If you're a beginner or intermediate, you can visit Malibu all year with any swell type.

While many people have heard of Malibu, a lot fewer people have discovered what it’s really about. The perfect right-hand point break at Surfrider Beach made Malibu famous and, yes many celebrities have homes here, but there is so much more to discover.

The mountain trails ascend high above the ocean, granting you epic views in every direction. There are also waterfalls and swimming holes that are great destinations on hot summer days. Malibu Surf Coach is based on the beaches near Point Dume and is a great way to start any Malibu adventure. Our instructors and guides are locals who know the best spots to hike, eat, and chill all around the area.

After graduating Malibu High, I moved to Hawaii where I would acquire my college degree in advertising and surfing big waves! From there, I went on to Australia to continue my education in psychology. This is where I began teaching surf on the side to help pay for my surf contests.

Little did I know, even with two college degrees, this little side gig would become the cornerstone of my future. My roommate in Australia told me about the potential of surf camps on the East Coast of the United States. So we moved there and started what would become one of the largest surf camps today.

With the travel bug still alive, I took a surf trip through Europe. While there, a twist of fate led me to the Canary Islands, where I would run and act as head coach for the Quicksilver Surf School there for five years! I would never think I'd be teaching surfing in Spanish, but that's one way to learn!

Surfing has brought me around the world, and I've been blessed to experience great waves, people, and their cultures. Now I have the privilege to share it with you through Malibu Surf Coach!

Cancel and get a full refund within 48 hours of purchase, or at least 30 days before the trip starts.
Learn more