Here’s a fair question as a traveling surfer: Is August just another version of July waves-wise? Sure, as far as the Southern Hemisphere goes, swells may be coming from the same direction — at least around the Pacific and Indian oceans — those two months. However, the main difference is that August often seems to be a little bigger and more consistent than July.

In other words, August can be a little bit more of a sure bet to score a wave on your bucket list than July. Also, surf breaks are often a little less crowded with folks going back to school or work after a [Northern Hemisphere] summer vacay.

Sure, there are always places like San Clemente, Tahiti or South Africa to travel to this time of year, but we think the following are the top August surf trip go-tos.

Where to: Siberut and Sipora islands

Difficulty level: All levels. The best waves like HTs and Kanduis are for the experts — but are doable for intermediate surfers at smaller sizes, too. Waves like Nipusi, Burgerworld and Playgrounds are great for beginners at a small size

August perks: Similar to Bali, there’s a lot of swell hitting the Ments in August, so it’d be pretty unlikely or unlucky to go on a boat trip there during that time and not score. Aim for the best surf spots and you’ll be golden

Where to: Arica, Iquique

Difficulty level: Mostly intermediate to advanced for the reefbreaks around Iquique, certainly advanced for a wave like El Gringo in Arica, but Arica does have some beginner options around town

August perks: While Chile gets surf year-round, August is the tail end of the best surf season, so many of the pros are gone, making spots around Arica and Iquique fairly empty. The water temperature is still quite cold this time of year so don’t forget your wetsuit

Where to: Chicama, Pacasmayo, Puemape

Difficulty level: All levels. Beginners might find it hard to make the sections at Chicama (as they break fast), while intermediate-advanced surfers will look forward to racing them

August perks: A wave like Chicama needs more swell than others to break, and this time of year is a great time for those bigger South-Southwest swells

Where to: Santa Catalina

Difficulty level: La Punta is a hollow righthander better for more advanced and intermediate surfers, while Estero suits beginners more and is softer

August perks: Less crowds at this time being the end of the Southern Hemi season in Central America, but with ample swell and still great surfing conditions. Like Costa Rica to its north, you can find a warm-water hidden spot among the palm trees somewhere if you just know where to look (or who to ask)

Where to: Tavarua or Namotu islands

Difficulty level: Intermediate to advanced level for the bigger world-class waves like Cloudbreak and Restaurants, but there are a few easier reefs and beachbreaks that accommodate learners

August perks: If you want a place with guaranteed swell in the South Pacific during this month, Fiji should have it

Where to: South (Outer) Atolls

Difficulty Level: All kinds. Smaller, softer reefbreaks for beginners, up to more hollow, barreling waves like Beacons for advanced surfers

August Perks: August is the tail-end of the monsoon season, so there will be fewer crowds chancing it this month

Where to: Puerto Escondido along the West Coast of Mainland Mex

Difficulty level: Intermediate to experienced surfers will love Far Bar and Carmelita’s which are heaving tubes. La Punta — left point at the far end of the beach — is a great wave for beginner surfers when small, and also good for intermediate with more swell

August perks: If you’re over a beach break like the Mexican Pipeline, not too far of a drive away is Barra de la Cruz, an incredible righthand pointbreak with perfect waves that loves the month of August 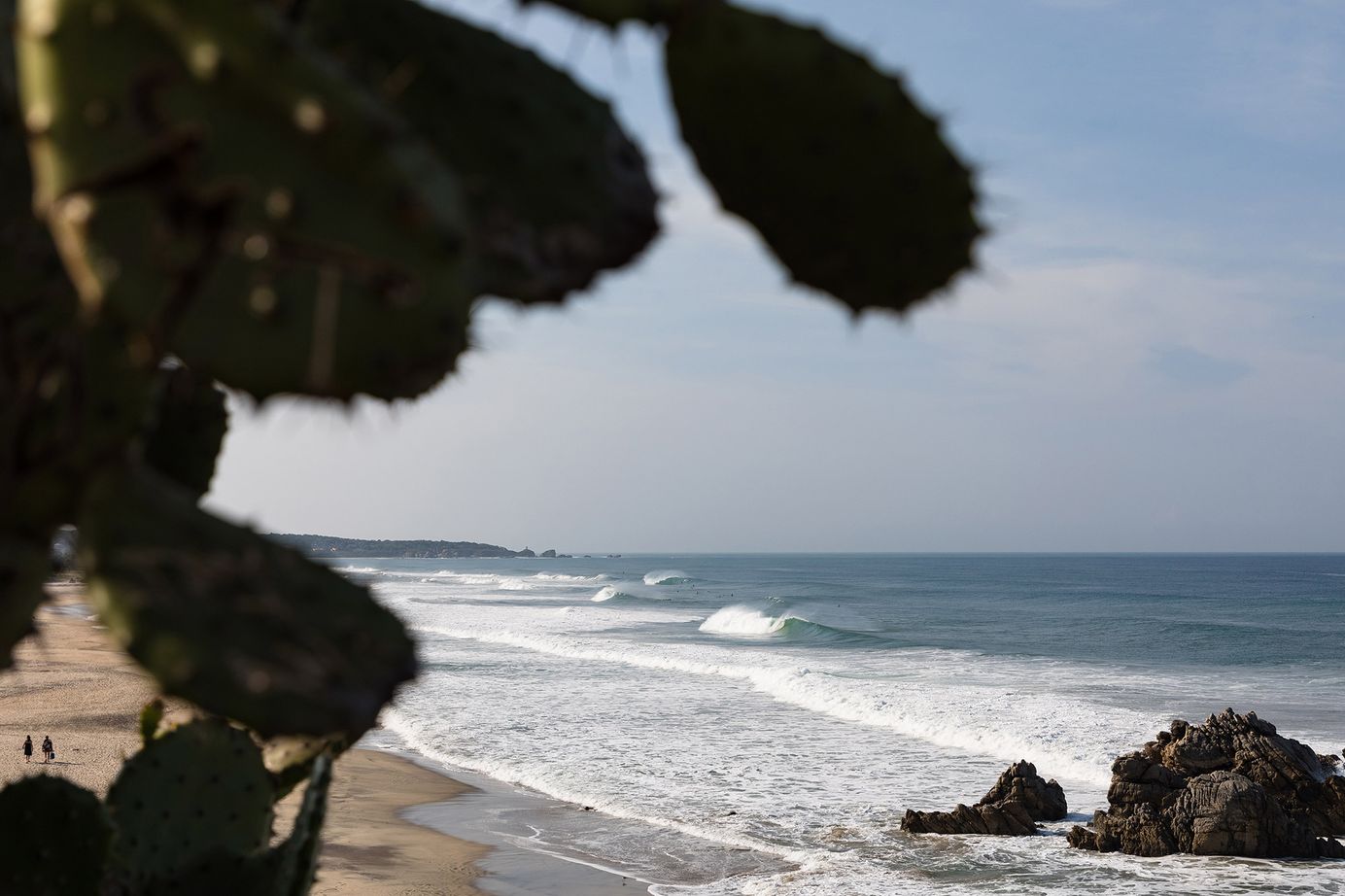 The best surf towns in Mexico according to local pro and surf guide, Kalle Carranza.

Pack Your Bags: Where To Take A Surf Trip This September

The Best Surfing in the Caribbean Islands

The Trials & Treasures of Travel with Kai Lenny

Join the newsletter to receive the latest updates in your inbox.